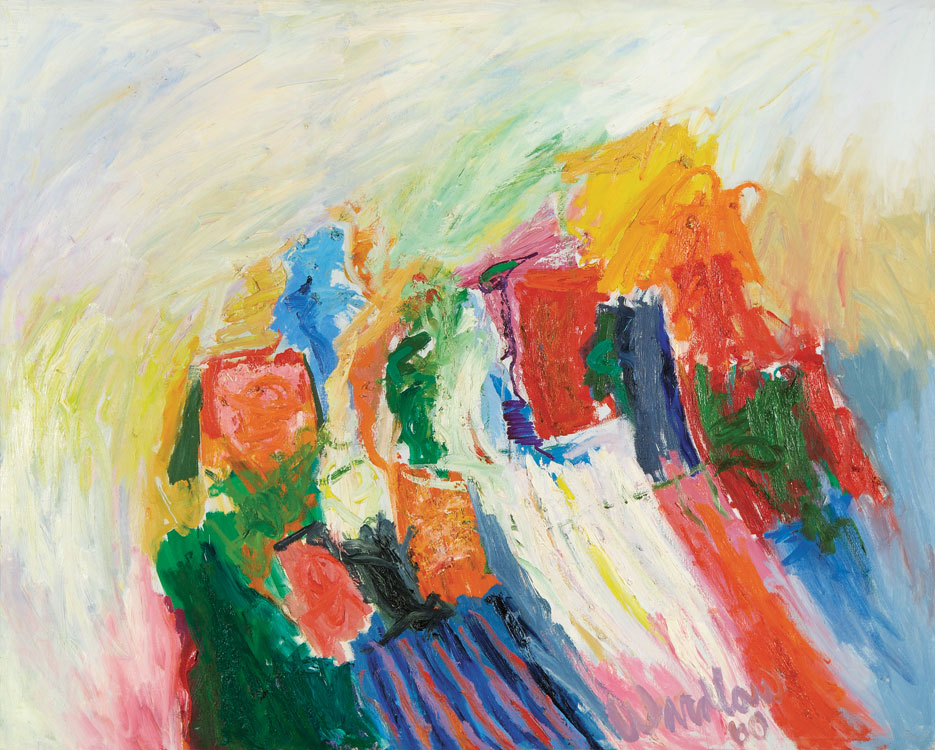 Educated in the late forties and early fifties, Wardlaw, was profoundly influenced by Abstract Expressionism. His aesthetic persuasions at that time were, in great part, formed by that particular movement and especially two artists with whom he studied in the early fifties - David Smith and Jack Tworkov. The major thrust of his work of the next decade was expressionist in orientation and culminated in a one-person show at the Betty Parsons Gallery in 1960.