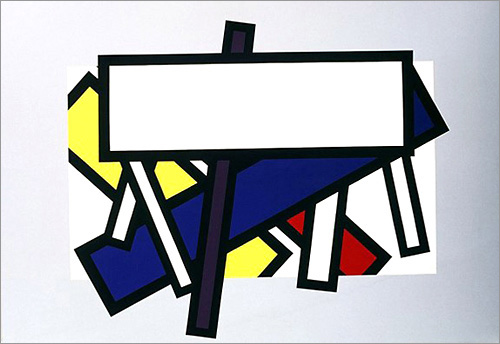 By 1968 he was teaching at the University of Massachusetts and had become increasingly interested in making paintings which manifested an energetic presence and spatial illusion in front of the picture plane. In order to brake the barrier of the frame and allow the shapes to enter spectator space he allowed certain images to extend beyond the framing edge in the form of shaped canvases. In the paintings that followed, Wardlaw dropped the black outlines and pursued gestural geometric paintings, similar in color and surface to the apple paintings of 1966.