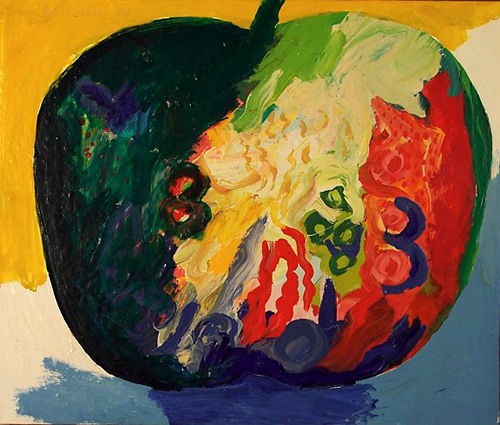 In 1957, shortly after accepting a teaching position at the State University of New York at New Paltz, he began to paint small canvases featuring single apples which were modeled and painterly. From this a three- dimensional counterpart evolved, freely painted in a high keyed expressionist palette. During the next six years he continued to develop the apple paintings and sculpture, increasing both their scale and the number of apples in each work. His exhibition at Allan Stone Gallery of 1963 featured large sculptures and paintings of expressionist apples.