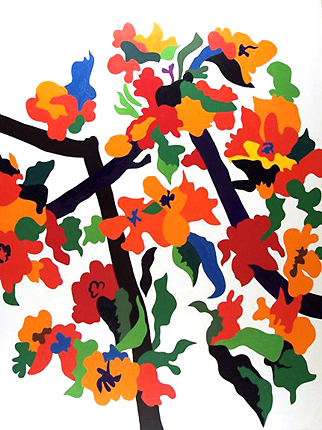 As a result of poisoning from the materials used in making sculpture, Wardlaw stopped making objects in 1964 and concentrated his attention on painting; by this time he was teaching at Yale University. The next ten years reveal a progressive purification in his work. The paintings were simplified, the shapes were flattened, the painterly brush disappeared and the dominant issues became solid shape and unmodulated color. The outlines of the apple were in biomorphic silhouette, like an echo of Matisse cutouts or Arp.